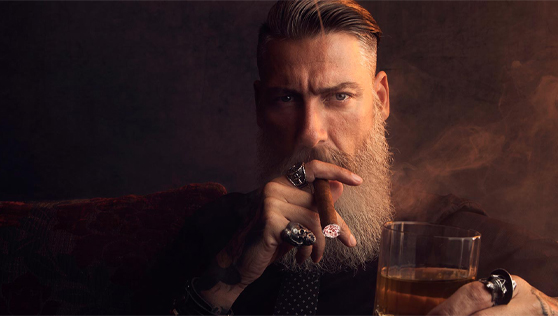 22 Jun Alejandro Robaina: a great name in the history of Cuban tobacco and a special friend of Domingo Cigars.

The name of Alejandro Robaina is deeply connected to Pinar del Rio, the western province of Cuba, well known for being the centre or the cigar industry, with the 80% of the total production.

Robaina, the godfather of the Cuban tobacco industry, was widely regarded as one of the finest cigar producers in the world and the only Cuban tobacco grower who, still live, had a brand with his own name: Vegas Robaina.

Born in 1919 in the small town of Alquizar, he started as a child working in his familiy’s tobacco growing business and remained an independent grower even after the 1959 Cuban Revolution, when plantations were often absorbed into cooperative organizations.

He has spent several decades travelling the world as Cuba’s unofficial tobacco and cigar ambassador. He also received visits at his home and plantation by thousands of cigar enthusiasts and tourists annually.

In 2008, at the 10th Havana Cigar Festival of Cuba, which recognizes world cigar makers, Robaina received the Special Havana Cigar Prize. Two years later, he died in his home on his tobacco plantation, near San Luis. His grandson Hiroshi learnt the trade and nowadays he is running the business.

The bond between Robaina and Domingo families’ is made of mutual esteem, a decade-long partnership and a common passion for the best cigars. There have been many and always pleasant visits to each other in Pinar del Rio and Barcelona.